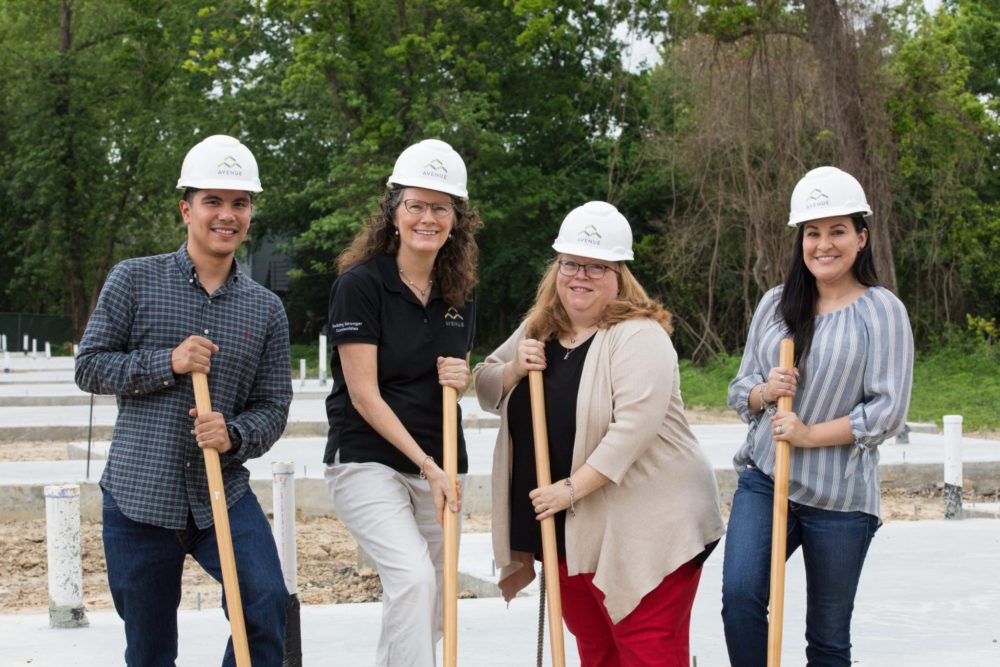 Mary Lawyer joined Avenue in 1996 to serve as executive director and lead the organization to become the powerhouse non-profit organization that today contributes greatly to Houston’s urban core. We were proud to honor Mary’s 25 years of leadership in affordable housing and neighborhood revitalization in Houston with a matching gift campaign and the proclamation of Mary Lawler Day in Houston!

Two generous Avenue supporters have agreed to match all monetary gifts up to $25,000 and, in August 2021, Mary was presented with a Proclamation from Mayor Sylvester Turner and the City of Houston to officially name August 10, 2021 Mary Lawler Day.

Under Mary’s leadership, Avenue programs have provided a foundation for success for scores of families through the development of 1,000 award-winning affordable homes for sale and for rent, and thousands homebuyer education clients realizing their dreams of homeownership.

Mary envisioned and implemented the transformation of a 20-acre former freight terminal into Avenue Place, a nationally-recognized development of 300 houses and apartments with a park, playground and walking trail set in the heart of Near Northside.

Under Mary's leadership, part of Near Northside became a National Register Historic District. Avenue was selected as convener for Houston LISC’s first GO Neighborhoods program, resulting in the creation of an award-winning neighborhood Quality of Life Agreement; Ketelson Elementary receiving a SPARK Park playground; Northside High girls’ softball team getting a place to practice, mammography brought to women who were not insured and much more.

Mary has a deep understanding of affordable housing and community development, and uses her expertise to create opportunities for low-income people and neighborhoods to flourish. Mary derives deep satisfaction from the stability and opportunity that Avenue housing can provide. Under her leadership and through her example, she inspires all of us at Avenue to have that same drive.

If you would like to join us in honoring this great achievement, you can make a gift using the button below. All donations towards this campaign will be matched, doubling your impact!

Congratulations, again to Mary, on this great achievement!