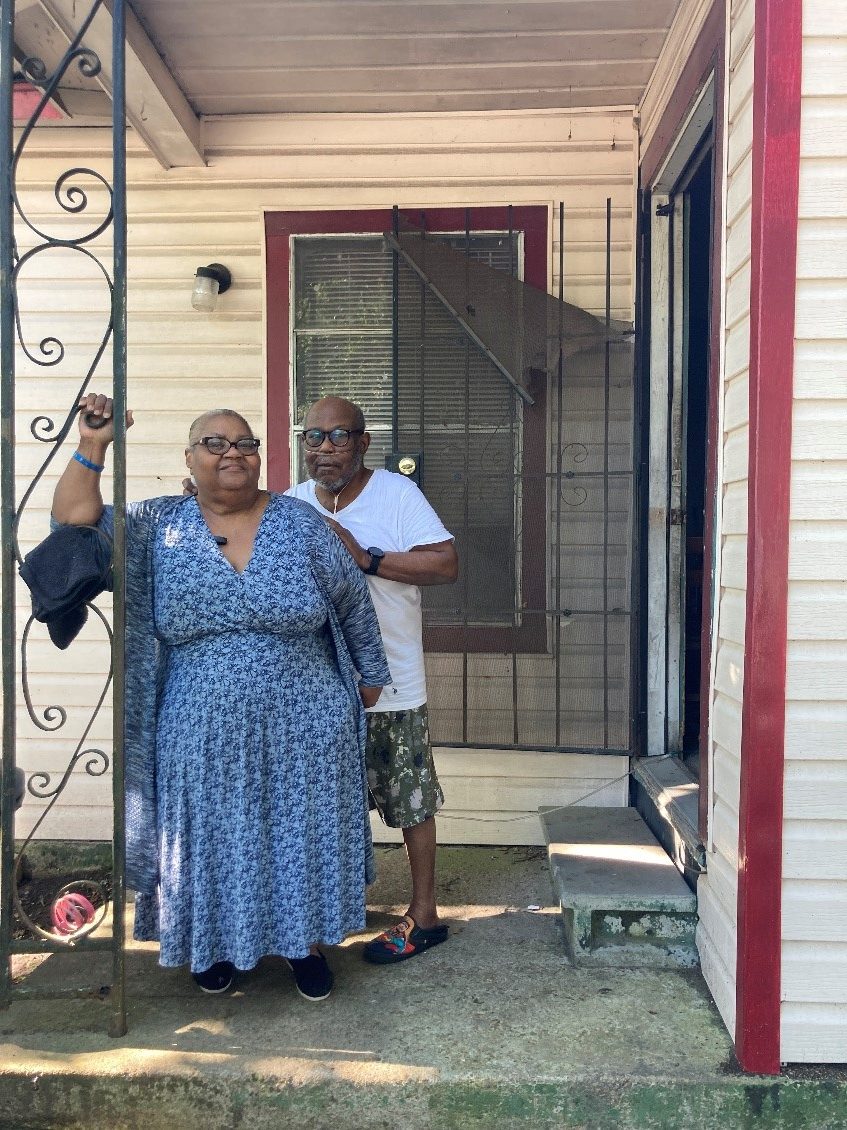 Janet Griggs is a longtime resident of Houston’s Northside and a retired postal service worker. Mrs. Griggs is mobility impaired, uses a walker and a wheelchair while her husband relies on oxygen. Their home has been impacted by all of the recent storms in Houston, and when the Winter Storm hit, they had no running water and their gas meter had been removed.

The storm caused a significant leak in the galvanized pipes under the bathroom. The water heater was disconnected and unable to be used because the floor beneath it was badly damaged. To avoid expensive foundation repairs a new water heater closet was built on the exterior of the house.

The leak was repaired and a new water heater was installed. The gas meter was restored and while running the hot water the kitchen and bathtub faucets had no pressure and were replaced. As low income seniors, Mrs. Griggs and her husband were grateful for programs like ours that are helping to keep their living conditions safer while they still await home repair services for damages their home experienced during Hurricane Harvey.

Not only has this program provided them with a safer home, but it has given them peace of mind and hope for the future.

To date, Avenue has completed repairs on 7 homes, with 7 more in the pipeline. Repair funding has been generously provided in part by the Greater Houston Community Foundation, TSAHC, Reliant and others by way of the Disaster Home Repair Collaborative led by Fifth Ward CRC.