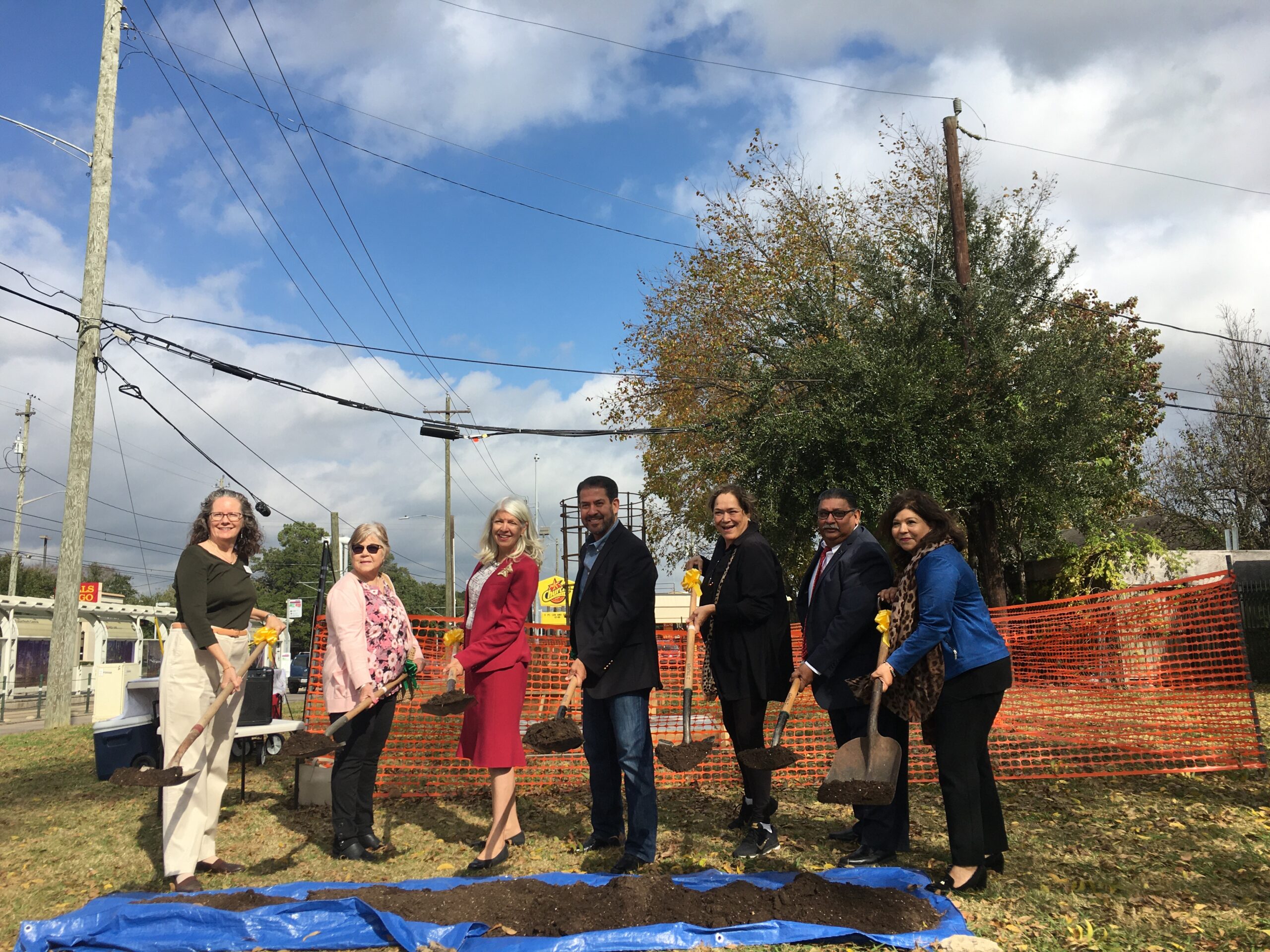 Now that’s not something you read every day! The Fulton Butterfly Pocket Park has officially gone from an idea to reality. Last week, community leaders, partners, and elected officials came together for a ceremonial event to honor the hard work and years of persistence that led us to this groundbreaking moment. 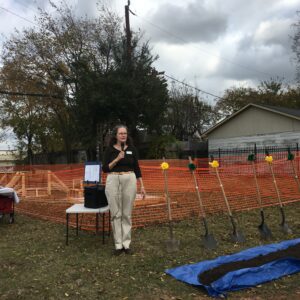 More than 17 years ago, a resident named Eddie Carranco called Council Member Adrian Garcia about an overgrown, vacant lot owned by the City of Houston. The lot was home to illegal activities including drugs, indecent behavior, dumping and loitering. Students walked past this lot on their way to school and safety was a concern, so Council Member Garcia and his staff, friends and others became the caretakers of the lot. Upon establishment of the Greater Northside Management District (GNMD) in 2006, the City of Houston asked the GNMD to maintain the lot. Since the very first cleanup, everything imaginable has been removed—syringe needles, trash, tires, debris, weeds as tall as trees, and more. 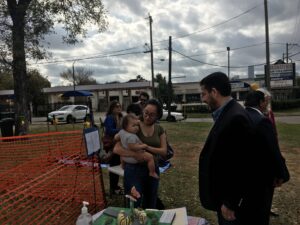 Since 2015, Avenue helped convene more than 200 residents, and partners attended 6 public meetings to discuss the future of the lot and create its design. With public input and support from Open Architecture Houston, Asakura Robinson, and the Houston Parts Department, the community created a plan to transform the public space into one that is enjoyed by community members of all ages: A Butterfly Pocket Park.

Initially, the cost of the park was daunting. However, Avenue was able to secure a $75,000 grant from Houston Arts Alliance in 2017, and additional contributions from funders such as the River Oaks Garden Club, to begin paying for the first stage of building the park. Once this large portion of seed money was made available to the GNMD, they were able to gather additional funds and began to make this long time resident dream a reality.

Today, if you walk by the lot, you will notice that structures are beginning to take shape. Eventually, it will be home to beautiful native plants, a monarch butterfly sculpture, a caterpillar bench, and become a habitat for monarch butterflies. It will also become part of the Northside neighborhood and will require continued love, attention and care to ensure it is always a place for the community.

In a few short months, we will celebrate the completion and opening of the park. Stay tuned for more details!