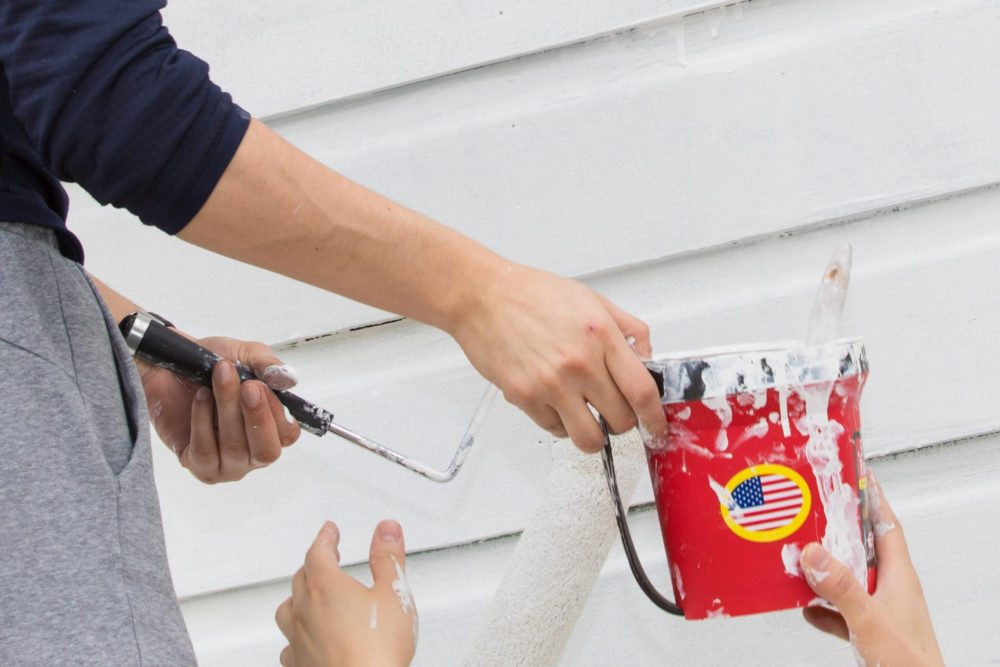 “Rebuilding” takes on new meaning in 2018 as the City of Houston continues to recover from Hurricane Harvey. Seven months after the storm, Houstonians continue the process of rebuilding with many still displaced or living in damaged homes.

When Rebuilding Northside Together (RNT) first began in 2014, the initial focus was on cleaning up vacant lots in an effort to revitalize the community and make it safer. From there, RNT turned its attention to the goal of repairing and beautifying the homes of low income homeowners in the Northside of Houston.

This year, the annual event focused on the homes of six low-income families in the Near Northside and Northline neighborhoods, including a Harvey impacted home that took on water and siding damage from the storm and is currently receiving repairs and improvements as part of Avenue’s Home Repair Program. Texas Capital Bank was the lead sponsor of the Harvey-impacted home of Carmen and Jesse Mosqueda, led by long-time Avenue supporter Jennifer Guzman. It was a beautiful day made even more special with 200+ enthusiastic volunteers joining together to help out their neighbors.

Thank you to everyone who came out - we look forward to seeing you next year!

View Photos from 2018 Rebuilding Northside Together